I want to use the first harvest of my chile pepper plants to make a variation of the traditional appetizer dish called jalapeño poppers. The cheyenne chile pepper fruits will turn into orange later on, but I want to test some of them in the green color stage. 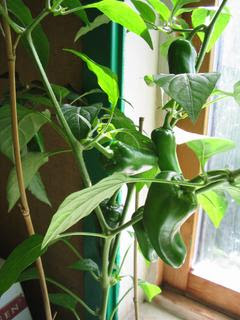 You could find the recipe (Jalapeno Poppers I) at Allrecipes.com.

[Editor's addition to the directions described in the recipe: If you want to heat it up a bit, add a splash of your favorite hot sauce during step 2.]

Look! The cheyenne chile pepper fruit is starting to shift from green to yellow.

I tested the recipe yesterday. It was a good kick to it. I wonder how the chile peppers will taste in the orange color stage... 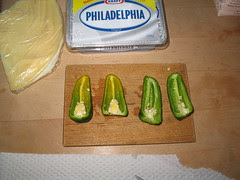 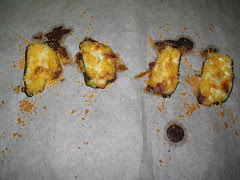 Posted by Martin Lindeskog at 12:25