I will write more on this topic in my upcoming annual report in May, but I want to briefly discuss my thoughts for my future blogging. I have written several posts on how to manage all your stuff in one place and I have talked about my search for the ultimate portal / start page. [Editor's note: Do you have a new tech word for this feature on the web 3.0...?!]

Here is an excerpt from Mark Evans's post, Who’s Going to Say the “P” Word?

We are now in the middle of Portal 3.0 where customization moves from content, RSS feeds, etc. to social networking services. There is a race happening to see who can become the social networking portal. Friendfeed has the most momentum while Twhirl and others are scrambling to keep pace.

I intend to start with a podcasting / radio show on a regular basis. I will check with Prodos and his plans for Solid Vox. I have to take some time to learn the ropes at BlogTalkRadio. I am thinking of creating short video clip messages and broadcasting live wire sessions at LiveVideo.

Hobbies:
Develop my blogging to a higher level, with regular talk radio shows. [Editor's comment: According to Dane Carlson's Business Opportunities Weblog, EGO blog is at moment worth about $50,000. Time to monetize my blog! ;)] Try to do something with my interest in spicy stuff. In combination with a healthy dietary supplement, start to exercise more, e.g. taking long walks listening to inspirational speeches. [Editor's note: Do you have suggestions on listening devices and internet sources for audio material?] (EGO, 12/27/07.)

I will add more stuff to my own home page and continue to build my EGO brand and Martin.Lindeskog.name. From my Pageflakes site:

If you have received my new business cards in mini format, you could read the following statement:

I listed some of my hobbies, interests and career activities:

I am planning to create a new market place in the near future. [Editor's note: I wonder if I can catch the end of the Long Tail and E Pluribus Unum. Read Stefan Engeseth's post, ONE Long Tail.]
Posted by Martin Lindeskog at 13:20 No comments:

Go to The Secular Foxhole - "To look at life from a secular point of view, and to dispel the myth that there are no atheists in foxholes, who defend America and our freedom."
Posted by Martin Lindeskog at 13:00 No comments:

I have added the official Dilbert widget to the sidebar. It is pretty funny with the new mashup application. [Editor's comment: It will be interesting to follow the discussion regarding the redesign of the website.]
Posted by Martin Lindeskog at 11:43 No comments:

How did you manage during Earth Day? 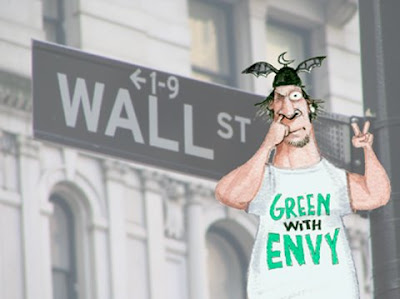 Here is an excerpt from Craig Biddle's post, On April 22, Celebrate Exploit-the-Earth Day.

Exploiting the Earth—using the raw materials of nature for one’s life-serving purposes—is a basic requirement of human life. According to environmentalism, however, man should not use nature for his needs; he should keep his hands off “the goods”; he should leave nature alone, come what may.

Environmentalism is not concerned with human health and wellbeing—neither ours nor that of generations to come. If it were, it would advocate the one social system that ensures that the Earth and its elements are used in the most productive, life-serving manner possible: capitalism.

Capitalism is the only social system that recognizes and protects each individual’s right to act in accordance with his basic means of living: the judgment of his mind. Environmentalism, of course, does not and cannot advocate capitalism, because if people are free to act on their judgment, they will strive to produce and prosper; they will transform the raw materials of nature onto the requirements of human life; they will exploit the Earth and live. (The Objective Standard - Principles in Practice, 04/17/08.)

Posted by Martin Lindeskog at 00:58 No comments:

For more information, read the post, Britannica Widgets.
Posted by Martin Lindeskog at 16:22 No comments:

In the second lecture you will follow the United States of America's role in the Middle East from the early contacts in 1917 and to Jimmy Carter's "rude awakening" in 1979. America has now taken over the role as the dominant force.

The first two lectures are done from the Western perspective, first Great Britain and now America. The reaction to the domination would lead to a collective identification as a form of nationalism and then to Islamism in politics. In lecture 2, Scott Powell starts out with repeating the five important milestones (1683 - Siege of Vienna, 1798 - Battle of the pyramids, 1839 - Westernization of the Ottoman Empire, and then the backlash with the nationalization of the Suez canal in 1956 and then culmination with the Iranian revolution in 1979.).

The main part of the lecture has the title, The Middle East as a means to American ends. Woodrow Wilson approves the Balfour Declaration in 1917. Americans discover oil in Saudi Arabia in 1933. [Editor's note: I wonder if the "lend-lease" Persian Corridor during 1941 - 1945 gave fuel for Iran's hostility against the Americans later on.]

The next part is called early cold war domination and started out with the Truman Doctrine in 1947. In my latest post on this course, I wondered why America forced Great Britain to back down regarding the control of the Suez canal. Now I understand that America's cold war problem with the communism threat did "collide" with Great Britain's wish of a strong presence in the area. The problem with using conflicts in the Middle East as strategic assets, is that you got an increased resentment towards the Western world and a new development into the Islamic entanglement. Jimmy Carter thought "Iran was an island of stability."

Harry Truman was an intricist, fighting the cold war and took Israel as an ally by default. Eisenhower was a pragmatist, using a "cost - benefit" calculation on the potential outcome. Johnson and Nixon thought they had the answer by doing a merger of two issues. Be a friend with Israel and at the same time giving arms to a future enemy, Iran.

Recommending reading by Scott Powell: A Concise History of the Middle East by Arthur Goldschmidt Jr.
Posted by Martin Lindeskog at 14:55 No comments:

I have added my profile at Naymz to the About section. [Via OPEN Forum Blog and Marketing Pilgrim.]

Read Peter Griffin's post, Tired of social networks yet?
Posted by Martin Lindeskog at 16:24 No comments:

The charitable arm of BB&T Corp., a banking company, pledged $1 million to the University of North Carolina Charlotte in 2005 and obtained an agreement that Rand's novel "Atlas Shrugged" would become required reading for students. Marshall University in Huntington, West Virginia, and Johnson C. Smith University in Charlotte, North Carolina, say they also took grants and agreed to teach Rand. (Bloomberg, 04/11/08.)

For more on BB&T, read this post.
Posted by Martin Lindeskog at 02:35 No comments:

Despite the burning, watery eyes, and sniffles the stuff caused, it became a part of my daily life. It was no big deal. A little here, a little there, until one day not so long ago, it occurred to me that I yearned for it. Like a cup of coffee or those cigarettes I quit smoking years ago, I found it difficult to get through an entire day without it. Then, last week, I reached a turning point. David, witness to my descent, pushed me to admit that my obsession with heat was no longer a casual one. Hi. My name is Barbarella, and I am a chilehead. ...

As with any new crush, I wanted to learn all I could about the object of my infatuation. I started reading up on its history. I discovered that, according to botanists specializing in pepper genealogy, all chile peppers originated in South America (it wasn’t until the 1500s that peppers first appeared in Asia). The chemical that makes my tongue burn and my heart pound is called capsaicin, and the level of heat is measured in Scoville units, after the guy who developed the technique for measurement in 1912 (by diluting peppers in water and using his tongue to gauge how much water needed to be added before the heat was no longer detectable). I even studied the process of making Tabasco hot sauce. (San Diego Weekly Reader, 04/09/08.)

Posted by Martin Lindeskog at 18:41 No comments:

BLOG TIL YOU DROP

From Matt Richtel's article, In Web World of 24/7 Stress, Writers Blog Till They Drop.

A growing work force of home-office laborers and entrepreneurs, armed with computers and smartphones and wired to the hilt, are toiling under great physical and emotional stress created by the around-the-clock Internet economy that demands a constant stream of news and comment.

Of course, the bloggers can work elsewhere, and they profess a love of the nonstop action and perhaps the chance to create a global media outlet without a major up-front investment. At the same time, some are starting to wonder if something has gone very wrong. In the last few months, two among their ranks have died suddenly. (New York Times, 04/06/08.)

Here are two voices from the blogosphere:

The hysterical report has come to Sweden... For a sound take on the issue, read Tim Berry's post, Blogging: Business, Pleasure, Death Sentence?
Posted by Martin Lindeskog at 13:17 1 comment:

I WANT SANDY TO REMEMBER MILK AND STIKKIT

Tools for getting things done: I Want Sandy to Remember The Milk and Stikkit to me! [Hat tip to Big Bright Bulb.]
Posted by Martin Lindeskog at 17:25 No comments:

I will try to use Twitter on a regular basis in order to keep my blog readers, fellow bloggers and friends with an updated list of bits & pieces of my daily life, e.g, new blog posts, job assignments, gateways and milestones in projects, networking activities and things going on in my "spare time"...

I found out a new interesting site when I searched on the word "twitter". Biz Stone "twittered" on April 3, at 04:11 PM:

taking notes in my Field Notes book so I can remember it now (www.twitter.com/biz)

For more piece of the action going on with the microblogging phenomena, please read the following:

[Editor's note: I wonder how long time it will take before I have 100 "followers"... Recently I have received a bunch of new twitters following my page. At the moment, I am following 27 microbloggers.]

Related: My post, SPREAD THE GOOD WORD.
Posted by Martin Lindeskog at 18:36 No comments:

Related: My post, IMMIGRATION REFORM.
Posted by Martin Lindeskog at 10:19 No comments:

I am feeling a bit under the weather due to a cold. [Editor's note: Maybe I should have a glass of Unicum with some ice as a cool drink with plenty of flavor!] I am not particularly fond of April Fool's jokes, but here are some good ones:

Have you heard the expression "don't drink the Kool-Aid"?

Posted by Martin Lindeskog at 12:03 No comments: