It is amazing how cats could create a such online buzz and big business. I am missing Morris the cat very much, but Robin & Rufus are our family's precious cats nowadays. 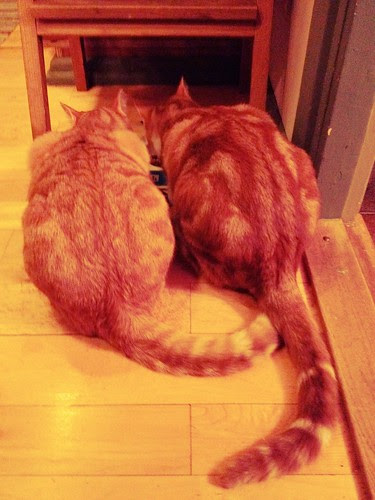 Here is an excerpt from Rahul Varshneya's interview with Ben Huh, CEO and founder of Cheezburger (featuring LOLcats):

Rahul Varshneya: What are your greatest learnings as an entrepreneur, things that you would give as advice to an aspiring entrepreneur?


You could read what I learned from my business failures in my post (from 2009), Five Lessons Learned from my Start-up — And why I’d Do it Again, on Open Forum (powered by American Express).

Let's keep the game going! Please add your thoughts in the comment section.

Check out Catmoji! Hat tip to Sarah Lane of The Social Hour.
Posted by Martin Lindeskog at 17:06 No comments: 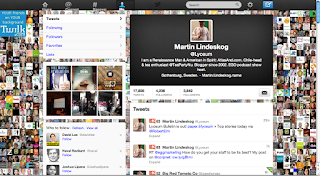 How many tweeps could you handle? Is the magic number 150 (Dunbar's number)? Could it be a good idea to try to increase the amount of people you are following on Twitter, or am I on the "wrong" path...

There Is No Magic Number

So, our challenge is to curb this type of behavior without interfering with non-spammy users—some of whom may just be very enthusiastic followers. What is a reasonable number of people to follow, anyway? Most users may have a hard time finding 500 accounts they are interested in—while others would think a limit of 10,000 is too low.

Also, people approach Twitter in different ways. Some think you should follow everyone who follows you. Personally, I don't because that would render Twitter unusable for me. I "only" follow about 700 accounts—less than 5% of the 16,000 who follow me. (Mr. Obama may have time to keep up with 50,000 people, but I'm a busy guy!)

The point is, there is no right or wrong. And there is no perfect formula. We do our best by taking a multi-dimensional approach. We look at a number of factors—including how many people are following you back—before applying limits. We don't reveal exact limits, because it's somewhat complicated and, more importantly, if you were to tell spammers exactly what the filtering rules are on your email or, say, Google's PageRank, they'd just engineer their way around them much more easily.

Twitter is one of my favorite social media channel. I have participated in this kind of cocktail party, listening to several radio stations of lifestreams, since 2007. Right now I am looking for a tool to help me clean up some of Twitter users I am following, so I can follow new tweeps. I have reached the "follow limit". Twitter has put a cap at 2000 users that you are following. I am following over 4000 users at the moment, but have "only" 3800 followers, so I can't follow new tweeps at the moment. Do you have tips on a tool that take care of this situation?


Valentine suggested that I should test out JustUnfollow. Don't you think that Codigami Technologies Pvt. Ltd's video demo is inspired by CommonCraft?! ;)

Do you know about the different Twitter follow limits? I don't hate the limit as Isla McKetta, but I agree with much of her statements. Here is an excerpt from her post, Why I Hate the Twitter Follower Limit:

I follow back. Not indiscriminately, but if you want to take time to get to know me, I’d like to get to know you too. We can do that on Facebook, but unfortunately you’ll have to make the first move on Twitter (and wait until I hit some magical unpublished ratio—PR and the Social Web says the magic formula is number of followers plus 10%—that means I can follow you back).


It is up to the folks at Twitter to set their own rules, but personally I don't understand their reasoning with the limit:

When you reach a daily or total limit and we show you an error message, you've hit a technical limit imposed to limit egregious behavior by spam accounts and to prevent strain on the site.


Kathy Colaiacovo: I promise you, I am not a spammer! ;)

Twitter does have limits set in place with regards to ratios of following (who you follow) and followers (who follows you) and their preference is to have more followers than following. They do this for one main reason – to keep spammers at bay. If you follow 1500 people and only 150 follow you back – the first question people ask is ‘why is no one following this person?’ and assumptions are made that you are trying to ‘talk’ to more people than want to talk back to you which = SPAM ALERT!


Before I test JustUnfollow, I want to hear your thoughts on this issue and tools you have used in order to keep your Twitter feed nice and tidy.

Posted by Martin Lindeskog at 15:13 No comments:

This year I will do my utmost to take time and do a weekly review of my worklife activities. I will start out with the first week to say that I must start to block out time for the weekly review.

What do think is the best time to do a weekly review? I have set the alarm on Saturday at 8 AM for a point in time for reflection and introspection. Maybe a morning during the weekend will be a good time for a weekly review?


Things to go through:


How would you conduct a weekly review?

Posted by Martin Lindeskog at 23:57 6 comments:

EGO PODCAST FOR THE WIN

Please listen to my first EGO podcast show in 2013.

Listen to internet radio with Lyceum1776 on Blog Talk Radio

You can subscribe to the RSS feed in order to get notified of new episodes in the future. If you have an iPhone, I recommend you to check out the podcatcher, Downcast app and then add my podcast to it. Do a search on "EGO Blog Talk Radio" and you will find it. 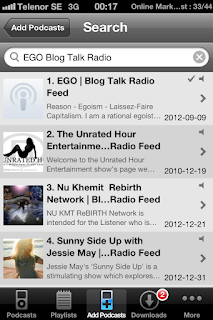 I would appreciate it very much if you could take some time and go to the show page on iTunes and give some stars and write a short review of my podcast. :) 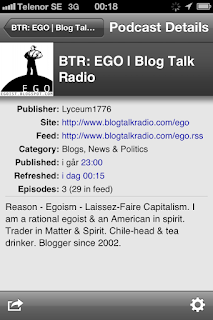 Please feel free to add a comment on the show episode by using your Facebook login credentials and go to EGO podcast Facebook page and continue the conversation!

Here are some show notes: 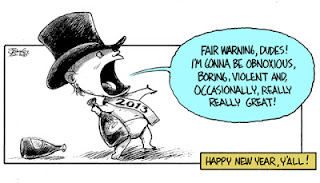 Description of the show:

Please feel free to add your thoughts in the comment section! Stay tuned for the next EGO podcast! 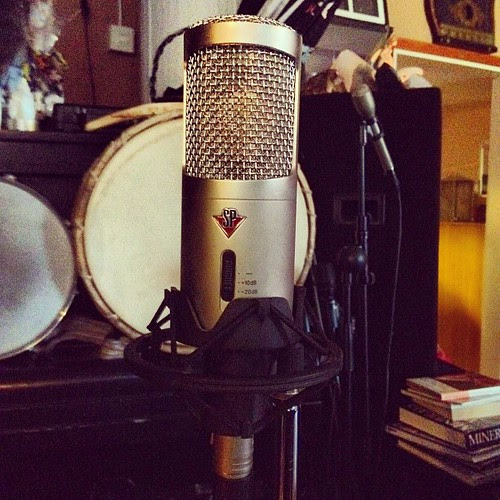 SP mic.
Posted by Martin Lindeskog at 17:50 No comments: