It is not strange that Iraq ended up like quagmire as it is today, if you look at a history without something connecting the population. The only stable group was the Jewish population, but they were put in exile in 1948. Britain started out to protect its interest in the region after the occupation of the three main cities (Basrah, Baghdad and Mosül) that had belonged as provinces of the Ottoman Empire. First the British wanted to secure the oil sources in Iran and the privileged trading position, but then it gradually gave in and gave the Iraqis pseudo-independence step by step. The only thing that the Iraqis could rally for, was the resentment against the British and the Western world. A form of nationalism called Pan-Arabism came out of this situation.

It is clear from the lecture that Iraq has had a slow development and came too late. The only glimmer of hope was governor (1869 - 1871) Midhat Pasha.

Somewhat related: My post, DECK OF CARDS.
Posted by Martin Lindeskog at 15:49 No comments:

As a republican (not a royalist), you must wonder why I use this title...

The Colony Collapse Disorder could be problem for the agriculture industry, but I am confident that the market forces will take of the situation. I got fascinated by Häagen-Dazs long-range perspective and with their project called Help the Honey Bees. I will use this as a positive example of supply chain management in my forthcoming e-pamphlet.
Posted by Martin Lindeskog at 08:15 No comments:

From my other blog, Martin Lindeskog Market:

In the spirit of Aristotle's school, Lyceum, I have "walked about" as the Peripatetics and enrolled with the Success University. (http://MLMarket.blogspot.com, 06/13/08.)

I want to give a shout-out to my upline and the person who introduced me to Toastmasters, Paul van der Vliet. I have had a short lecture on blogging with Paul and he has now started his own blog called Paul's Free Speech. Please pay a visit at his new home in cyberspace and give him a warm welcome to the blogosphere! I want to thank Jason Gillot for arranging the telephone conference call with Prab Paul in England and for giving me a head start with a new team member, Bert Verdonck.

The first course I listened to was Vision Becomes Reality by Jim Britt. I am thinking of purchasing his book, Do This. Get Rich!

On a related note: Listen to the interview with Jean Moroney if you are interested to learn more about thinking tactics.
Posted by Martin Lindeskog at 09:58 No comments:

Here is a short blog post between the regular "broadcast"...

From The Local: 'Yes' to surveillance law.

Swedish lawmakers came down in favour of a fiercely debated surveillance bill in a vote at the Riksdag on Wednesday evening. (06/18/08, TheLocal.se.)

Here is an excerpt from Danny O'Brien's post, Sweden and the Borders of the Surveillance State.

A proposed new law in Sweden (voted on this week, after much delay) will, if passed, allow a secretive government agency ostensibly concerned with signals intelligence to install technology in twenty public hubs across the country. There it will be permitted to conduct a huge mass data-mining project, processing and analysing the telephony, emails, and web traffic of millions of innocent individuals. Allegedly these monitoring stations will be restricted to data passing across Sweden's borders with other countries for the purposes of monitoring terrorist activity: but there seems few judicial or technical safeguards to prevent domestic communications from being swept up in the dragnet. Sound familiar? (06/15/08, Electronic Frontier Foundation.)

Posted by Martin Lindeskog at 12:42 No comments:

FROM ZORO TO SHIITE IN IRAN

If you haven't looked into the possibility to listen to individual lectures yet, you should do it soon before the course is finished. I will catch up, writing two new posts during next week. Lecture 7 is on Iraq and 8 is on Saudi Arabia.

As you know, I have written several posts on Iran during the years. I see the mullahs as the most dangerous religious leaders in the world at the moment.

After listening to lecture 6, The Roots of the Islamic Republic of Iran, I must admit that I see the progression from ancient Persia to today's Iran in a different light. I have been pretty optimistic that the old Shah supporters and believers of Zoroastrianism had some chance to get back in power, but after listening to the lecture, I have to conclude it is an internal mystical element that will hinder a positive outcome. You probably guessed it, the ancient history of Persia and the Shia religion. The Iranians are continuously looking for a figurehead to take the role of leader of the "nationhood". But to say it bluntly: The ancient Zor(r)o type will automatically lead to Shi(i)te... [Editor's comment: Not the best way of playing with words, but I had to... ;)]

One important incidence that I think has a crucial importance for today's messed up situation regarding the oil supply is the nationalization of the Anglo-Persian Oil Company by the Iranian Prime Minister Mohammed Mossadegh in 1951.
Posted by Martin Lindeskog at 16:49 No comments:

With Afghanistan's history of being a "highway of conquest" from 600 BC to the occupation by the Soviet Union between 1979 - 1989, it has been dominated by a foreign power in one way or another. The irony of history is that Afghanistan got some kind of independence during the World War I & II.

I learned from the fifth lecture that researchers haven't found the source and origin of the Afghan people. Compared with the Ottoman Empire and its reorganization in 1839, Afghanistan was far behind in development. Great Britain instituted the Simla Manifesto in 1838 as an excuse for invading Afghanistan. The British argued that it had to invade Afghanistan in order to protect India as a safety measure.

Here is an excerpt from Scott Powell's post, Afghanistan: Higway of Conquest:

What is the relevance of this background to the present? Afghanistan has never become a true state, and it has constantly lived in subordinacy to outside powers. As a result of its history as a “highway of conquest,” as one historian put it, and its recent subordination to Britain and the Soviet Union, Afghanistan really only exhibits one cultural constant: a desire for independence. You often hear people say that the Afghans are “freedom lovers.” This is a misrepresentation. The people who live in Afghanistan are “self-determination lovers”–and with good reason! But these are not the same thing. (Powell History Recommends, 05/07/08.)

The geopolitical situation is bad and the culture of tribalism has been established since the split of the Pushtun tribe due to the imposed Durand Line in 1893. The border near Pakistan is still a messy area and the question is if Osama bin Laden is hiding in a cave in this neighborhood. President Hamid Karzai is belonging to the Durrani tribe of ethnic Pashtuns.

Hamid Karzai
Posted by Martin Lindeskog at 06:49 No comments:

IN EGYPT LEFT IS RIGHT

After listening to the fourth lecture in Scott Powell's course, I am getting a sense that it will get worse as we go along. The theme is that an Islamist undercurrent movement is growing stronger and stronger. The outlook for Egypt is not bright. It could end up as the target for the Muslim Brotherhood and the ignition and battleground of a new Islamist jihad. When Anwar Sadat said that he was going right, he was turning left. He instituted a law of shame that said it was illegal to criticize the government. It has been a state of emergency since Hosni Mubarak took over in 1981.
Posted by Martin Lindeskog at 16:18 No comments:

IS TURKEY A SCRAMBLED EGG

I am trying to catch up with Powell History course, Islamist Entanglement. The lesson I learned from the third lecture, The Emergence of Post-Kemalist Turkey, is that I have to re-evaluate the opportunities in modern day Turkey. I hope that Turkey will go in the right direction and establish a true secular state, but with a future EU membership an Islamist government could be established through democratic elections. It is important that Turkey moves out of its plateau and continue with the reorganization (Tanzimat) of the structure of the country, implement more reforms and protect the Noble Rescript of the Rose Chamber. Read Scott Powell's post, Kemalism and the Future of the Middle East, for an intriguing look on what could follow in "Ataturk's" footsteps.

I am looking into the possibility in marketing the opportunity to invest in real estate in a booming area called Alanya. I read a part of Turkey - A Modern History by Erik J. Zürcher during my studies in project management.

Related: My post, SECULARISM IN TURKEY.
Posted by Martin Lindeskog at 13:18 No comments:

I watched a documentary on Doris "Granny D" Haddock. She is an old lady with a mixed bag of ideas, but I must say it was refreshing to watch how she won the TV debate. [Editor's note: I wonder if I could get information about her house in New Hampshire.]

Related: My post, CLINTON IN NEW HAMPSHIRE.
Posted by Martin Lindeskog at 19:18 No comments:

Today I watched the BBC documentary on D-Day. One person who stuck out was Juan Pujol (alias Garbo). Talking about double agents, did you know that the James Bond character is based on a spy called Tricycle?

Generation Chasm
Posted by Martin Lindeskog at 18:38 No comments:

My friend Christer Sjöback gave me a memo kit with Field Notes notebooks, pen, pencil, almanac and a Coudal Partner sticker. [Editor's note: I am sure Christer will use the memo book in his gold and silver handicrafts business.] I have taken a picture of the notebook and I will add it to the "Field Notes in action Flickr group" later on.

I wrote the following notes on the first page:

I have to reread Jean Moroney's "Thinking on Paper" pamphlet soon again. Read Rands In Repose's post, Sweet Decay, for a great coverage of different notebooks.

Related: My post, I WANT SANDY TO REMEMBER MILK AND STIKKIT.
Posted by Martin Lindeskog at 16:18 No comments:

Email ThisBlogThis!Share to TwitterShare to FacebookShare to Pinterest
Label(s): Gadget

How did you celebrate Capitalism Day?

Related: My post, WHITSUNTIDE, NATIONAL DAY, OR CAPITALISM DAY.
Posted by Martin Lindeskog at 15:31 No comments:

Email ThisBlogThis!Share to TwitterShare to FacebookShare to Pinterest
Label(s): Capitalism

I did not have time to write the blogiversay post on my birthday on May 25. At the moment, I can really relate to the below image... [Editor's note: I can explain my situation more in detail if you send me an email.] 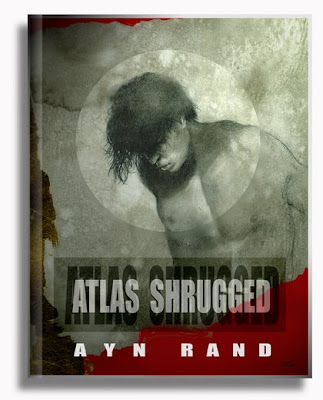 I will take a short break from my regular blogging, but I will continue to be active in the blogosphere. During the summer period (June - August) I will prepare for my future blogging. I plan to use more "web 2.0" applications, e.g., video email messages, podcasting shows and Twitter notes. I want to write more on social media trends and business opportunities in network marketing. I will publish posts on the U.S. history on a regular basis. I am interested in acquiring new knowledge in critical project & supply chain management. My long-range goal is to establish "the third place" for entrepreneurs and business minded individuals.

Here are some statistics:


The daily visits to my blog have decreased a lot, but on the other hand the subscriptions to the RSS feed have increased to about 100 readers. I have to look over the scripts from third parties and the overall design of template in order to optimize the loading and viewing experience of the page.
Posted by Martin Lindeskog at 12:20 No comments: