Read the fascinating story about "a man who loved typewriters." This is a perfect example on how to write a good article. Here is an excerpt:

His love affair had begun as a schoolboy, with an Underwood Five. It lay uncovered on a teacher’s desk, curved and sleek, the typebars modestly contained but the chrome lever gleaming. He took it gently apart, as far as he could fillet 3,200 pieces with his pocket tool, and each time attempted to get further. A repair man gave him lessons, until he was in demand all across New York. When he met his wife Pearl later, it was over typewriters. She wanted a Royal for her office; he persuaded her into a Remington, and then marriage. Pearl made another doctorly and expert presence in the shop, hovering behind the overflowing shelves where the convalescents slept in plastic shrouds. (The Economist, September 18, 2008.)

Talking about typewriters, here are the facts regarding the origin of Ayn Rand's professional name. She didn't take her last name after the Remington Rand typewriter.
Posted by Martin Lindeskog at 06:57 No comments:

PLEASE SEND ME YOUR RECIPES

I will host next edition of the Carnival of the Recipes. You could find this week's edition at Nerd Family Food. Please go to the Blog Carnival page and submit your recipes by 12 P.M. CST Saturday, September 27. Anything goes, but I must admit that I enjoy hot & spicy dishes. [Editor's note: It is "World Tourism Day" on September 27. Maybe you have a food memory from a trip abroad or a recipe from a foreigner or tourist that you want to share.] I hosted the Carnival of Recipes on March 5, 2006. It had a Danish theme.
Posted by Martin Lindeskog at 15:15 No comments:

Email ThisBlogThis!Share to TwitterShare to FacebookShare to Pinterest
Label(s): Recipes

My Qtek 9100 smartphone is not working at the moment and it is a risk that I can't retrieve the data from it. I am now feeling a bit "empty" and I am trying to remember dates and future events that I have planned and added to the mobile calendar. I couldn't synchronize the date from the mobile phone to my computer due to the fact that I have a computer with a Linux operating system. It looks that I have to back to my old Filofax from the 90's...

Please give me suggestions on a mobile phone that could fit my purposes. I want to have a decent camera built in so I could continue with my mobile cat blogging. I want to be able to listen to podcasts and music. I am not good at following directions and maps, so it would be nice with a GPS so I could find my way... I am not sure how much I will surf the web and use email on the go. It should be easy to use. My brother showed me his iPhone and I was amazed by the elegance and nice touch to it. But I wonder if it is not better to wait and see what could develop in the near future, for example an Android phone.

Related: My post, MOBILE PHONES AND PRODUCT CYCLES.
Posted by Martin Lindeskog at 14:08 No comments:

OPEN THREAD AT THE RULE OF REASON

I redirect today's open thread to The Rule of Reason... ;) Please continue the discussion.
Posted by Martin Lindeskog at 23:34 No comments:

Email ThisBlogThis!Share to TwitterShare to FacebookShare to Pinterest
Label(s): Blogging

Read the following and remember September 11, 2001. 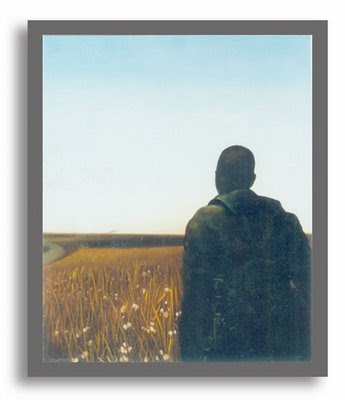 Posted by Martin Lindeskog at 17:43 No comments:

Here is an excerpt from James Turk's & John Rubino's book, The Collapse of the Dollar and How to Profit from It: Make a Fortune by Investing in Gold and Other Hard Assets

The commercial paper of Fannie Mae, Freddie Mac, and innumerable others in home building and consumer finance are time bombs. Money market funds with this paper are not "cash" in any sense of the word, but a very dangerous form of investment with little upside (less than 5 percent in late 2007) and considerable downside. And don't be fooled by "government" money market funds. These funds mix Treasure securities with the commercial paper of Fannie and Freddie (which are still, in the minds of gullible investors, branches of the government), which is exactly what you are trying to avoid. [Chapter 17: Stocks, Bonds, And Real Estate. How other assets will fare in a currency crisis. Page 176. Paperback edition, November 2007.]

THIS WEEKEND'S HISTORIC federal takeover of Freddie Mac (FRE) and Fannie Mae (FNM) is yet another example of the market's only predicable theme of late: bigger government's intrusion, interference and theft.

Intrusion because there's no reason the government needs to be involved in the housing or mortgage markets at all. Private markets have come a long way since Fannie Mae was created back in the 1930s, with billions in nonbank dollars more than willing to invest in borrowers of every risk. Despite its undeserved poor reputation, the truth is that subprime lending permitted thousands of borrowers previously denied credit an opportunity to buy a home. In a free society, individuals are responsible for their own decisions both to borrow and to lend. Why the government needs to be in this business at all is both practically and unconstitutionally unclear.

Interference because, as I've pointed out numerous times in recent months, markets have become virtually impossible to forecast as they are no longer trading on underlying economic realities but arbitrary political whim. From windfall profit taxes to housing bailouts, the government is no longer a referee but the game's central player, moving the pieces and making up the rules as it goes along. The U.S. economy is now being driven by how many times Barney Frank wants his name in the paper and how well Treasury Secretary Hank Paulson slept last night.

Theft because on Sunday, while you were doing the laundry, playing with the kids or driving to the grocery store, the government snuck into your wallet and wrote itself a $200 billion check, secured by your tax dollars, purchasing power and sweat. Indeed, every cent the government spends propping up failing businesses is paid for by the people it's supposedly elected to serve -- in higher taxes and inflation, but also in the missed innovation of businesses not started and products never developed. (SmartMoney.com, September 8, 2008.)

[Editor's note: Please tell me if you want more blog posts on this topic.]

On a related note: Will you listen to Yaron Brook's talk, The Resurgence of Big Government?
Posted by Martin Lindeskog at 04:16 No comments:

I wonder if Larry David is a Vista user?

Posted by Martin Lindeskog at 13:25 No comments:

I am planning to do a blogrolling session covering the Federal takeover of Freddie Mac and Fannie Mae. [Editor's comment: Do you know how Federal Home Loan Mortgage Corp and Federal National Mortgage Association got their nicknames?]

I have asked for permission to use an excerpt from Jonathan Hoenig's article, Mortgage Bailout Latest Blow to Free Markets (Uncle Sam's Latest Intrusion). [Editor's note: Jonathan Hoenig has agreed to participate on a future podcasting show. Stay tuned!]

Please send me your blog posts and links to articles on this topic.
Posted by Martin Lindeskog at 11:16 No comments:

HOUSE AND LAND OF SAUD

I am going through my notes from the 8th lecture of Powell History. It is a bit strange that a land is named after a family. From this lecture I learned that the people of Saudi Arabia don't feel any nationhood and it has been an ongoing battle between religious groups and the House of Saud. America got involved in Saudi Arabia when they found oil in 1938 and the start of the Arabian American Oil Company. This was a crucial timing due to the anticipation of WWII. American foreign policy has made Saudi Arabia into a feudal vassal state. The U.S. is defending the Saudis and in return the royal family is sending oil to America.

Posted by Martin Lindeskog at 07:19 No comments:

It is time to vent... Please vote in the poll on George W. Bush's job rating. 60 days left for the poll and 138 days left in office.

And now is the time to use Thor's hammer, Mjolnir, and "crush" something evil. [Editor's note: Read "The pen is mightier than the sword."] It looks like Ted Kaczynski, a.k.a the Unabomber, is still an avid reader of The Washington Post. From Justin Zaremba's article, Unabomber Upset over Cabin Exhibition:

Kaczynski said he learned of the cabin's use when he saw it in an advertisement in the Washington Post for the Newseum.

Incidentally, it was the Washington Post, who in conjunction with the New York Times, shared the cost and published the Unabomber’s 35,000-word manifesto in 1995. After reading the published manifesto, Kaczynski’s brother realized that the bomber may in fact be his brother and informed the FBI as to Kaczynski’s identity and whereabouts. (TheCelebrityCafe.com, 08/13/08.)

Read the entire letter on The Smoking Gun site.

Have you seen the new "signal" from God? From Pedestrian signal boxes' religious message upsets non-believers:

Prisma Teknik AB, the Swedish company behind the pedestrian signals, openly admitted last week that the hand was meant as a hidden symbol for God. In fact, the company says it has never made any secret of the fact.

[Editor's comment: What do you think Plato would say?]

Because it was positioned over the philosophical section of the library of Pope Julius II, The School of Athens shows the greatest philosophers, scientists and mathematicians of classical antiquity. Plato and Aristotle, the Greek philosophers that were considered most important, are standing in the center of the composition at the top of the steps. Plato is holding his Timaeus. Aristotle is carrying a copy of his Nichomachean Ethics. Their gestures correspond to their interests in the philosophical field — Plato is pointing upwards towards Heaven and Aristotle is gesturing towards the earth. (The School of Athens - Answers.com)

Posted by Martin Lindeskog at 02:27 No comments:

I will start the wrap-up post by mentioning some tech stuff that could have been published for yesterday's post.

English posts that contain Chrome per day for the last 30 days.

Get your own chart!

I will start using Twitter's search engine in order to get inspiration for material for new blog posts and Twitter messages.

Here are some interesting links:

The Motley Fool investment site is mentioning BB&T as a stock recommendation.

It's not often you find an institution that allows the free-market philosophy to permeate its operations as much as financial-services company BB&T (NYSE: BBT) does. It made headlines a few years ago when it refused to offer loans for commercial projects on private lands that had been seized under eminent-domain laws. It's also funded university grants for the study of Atlas Shrugged author Ayn Rand and her pro-capitalist school of thought. (Fool.com, 09/02/08.) For a background material, read Scott Holleran's interview with John McCain from 1999. It is time to paraphrase Peggy Noonan and say: "It's over." The outcome of the election looks doomed. Have you started to buy canned goods? [Editor's note: I am not endorsing the libertarian slant of "LibertyManiacs" by linking to them.]

As a wrap-up of this post, read Gus Van Horn's post, Quick Roundup 360. He is covering Paul Graham, Chrome, Boston, etc.
Posted by Martin Lindeskog at 23:12 No comments:

How are you spending Labor Day? The members of the "working class" and the labor unions are taking a day off on May 1st in order to wave red flags and shouting proletarian slogans.

Feel free to write a comment on your career and work, today's weather climate, or something else that you think could get the conversation and the open thread going... [Editor's note to fellow bloggers: You are welcome to use trackback and other types of linking to this post, if you want to continue the conversation...]

The Heat Is On
Posted by Martin Lindeskog at 14:04 2 comments: