Part political thriller, part war story, and part “classic” action comic book, Matamoros follows one of America’s heroes in the “Long War” - an ordinary guy who discovers that only extraordinary situations exist when the enemy is a protean entity which refuses to adhere to the laws of war or the laws of civilized nations.

Written by Sleet and Darius LaMonica, and illustrated by John Cox of the Cox & Forkum political cartoon team, Matamoros is the first comic book focusing on the U.S. military’s fight against radical Islamists. (Matamoros Comic, December 11, 2007.) 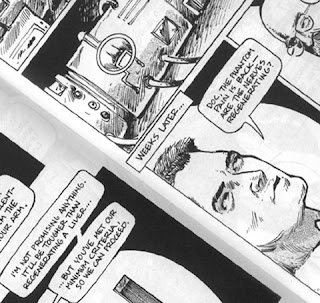 Posted by Martin Lindeskog at 17:40