Indeed, ad sales on Google-owned sites generated $737 million in the quarter, or 53 percent of total revenues and a 115 percent boost over a year ago. On Google's partner sites, the company's AdSense programs generated $630 million, or 46 percent of total revenues and an 82 percent increase over the same quarter last year. (InformationWeek.com, 07/21/05.)

[Editor's comment: It will take some time before I could cash in 14 grand per month on my AdSense program...]

Have I lost my own brand ("Me, Inc."), by having ads on EGO blog? Dave Winer thinks so:

A blog without ads is itself an ad, interesting to a small number of people. Blogs with ads, like their print counterparts, strive to be as broad as possible, to reach as many people, and in doing so, lose their value as an ad for the author. (Scripting.com, 07/20/05.)

Luckily, there are others who don't share his opinion. Read Darren Rowse's post, Distinctions between Blogs with Ads and Blogs Without, and Stephen Baker's post, What happens to a blog when it takes ads? Here is an excerpt from Steve Hall's post, Blogs Provide More Personal Medium For Advertisers.

Next up, BlogAds Founder Henry Copeland describe the BlogAds advertising network and it's 17 targeted mini-networks which consist of topically similar weblogs packaged and a small ad network. Copeland asked the audience to participate in a clapping exercise whereby the audience began clapping and then moved to a rhythmic clap demonstrating how big media isn't needed any longer to control how information and conversations take place on the internet. Blogs have removed much of the control big media has enjoyed for years and has placed it squarely in the hands of the individual. (Adrants.com/, 07/12/05.)

As you probably know by now, I am trying to set up a new mininetwork at Blogads called the Great Republic Ad Network.

I have several different types of advertising from different companies on my blog, e.g., Blogads, AdSense, Linkshare, ValueClick, and BlogKits. The latest addition is CripsAds' graphical banner ads with an automatic featue that switch over to cost-per-clicks text ads.

I am looking forward to the opportunties with Pajamas Media's blog portal and Marc Danziger's ad platform. Bernard Moon paints a fascinating scenario in his article, Open It Up, NYTimes, Tribune, SF Chronicle!

It's only a matter of time before micropayment systems become firmly established in this country, internet penetration reaches the furthest corners of America, and mainstream media finally cracks and opens the floodgates. Wouldn't it be cool, then, if a U.S. media company were to incorporate a citizen journalism system into one of its properties? If, say, 40,000 citizen journalists were to contribute half of the New York Times' online content? (OhmyNews.com, 07/08/05.)

[Editor's comment: Maybe I should start with product placement?] 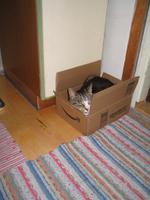